Inheriting the farm – ensuring smooth succession for an agricultural tenancy

Some families have been farming tenanted agricultural land for generations and the younger generation may be keen to carry on a farming tradition, but there are a number of tests for the smooth succession of agricultural tenancies that must first be met.

Alistair Millar, an agricultural lawyer at Tallents Solicitors in Southwell explains a complicated area of the Agricultural Holdings Act 1986 which can affect succession: commercial units of agricultural land.

One of the main tests for succession to a 1986 Act tenancy is that the applicant does not occupy another ‘commercial unit of agricultural land’.

The legal definition of this is ‘a unit of agricultural land which is capable, when farmed under competent management, of producing a net annual income of an amount not less than the aggregate average earnings of two full-time male agricultural workers aged 20 or over.’

However, the recent case of Horton v Commissioners for Crown Lands has provided some pointers as to what needs to be considered by all tenant farmers wishing to ensure succession of their farms to the next generation.

However, following the death of Horton Senior, this matter came to the Agricultural Lands Tribunal when Horton Junior claimed a succession tenancy to his father’s farm.

The Tribunal took the view that following 1984 guidance from the Ministry for Agriculture, Farms and Fisheries, DEFRA’s surveyor should assess the most suitable system of farming.  However, they also noted that the statute required assessment of a variety of options that a competent farmer would consider. This was the approach taken by the Crown Lands Commissioners’ surveyor.

It was eventually decided that, although the Hortons were farming competently in respect of the large combined unit, the ‘substantial differences’ which would occur if the dairy unit were no longer available, meant that a farmer farming Horton Junior’s unit alone could not be considered to be doing so competently under the present system, even if that system was modified.

As a result, other options had to be considered. A number of suggestions had been made by the Commissioners’ surveyor, each of which could yield the necessary return of a figure above the £40,849.64 (the aggregate average earnings of two full-time male agricultural workers) that had been agreed between the parties as the relevant figure in accordance with the 1986 Act.

The Tribunal eventually found that the unit let to Horton Junior was indeed a ‘commercial unit of agricultural land’ in accordance with all of the definitions in the 1986 Act and therefore he was disqualified from succeeding to the tenancy previously held by his late father. 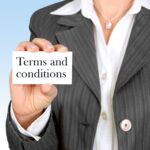 Long term care planning – be careful what you wish for