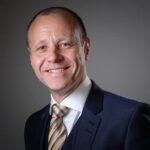 If a visitor on your land or premises falls and seriously injures themselves, what occupiers’ liability might you have either as the landowner or a tenant? Alistair Millar, Partner at Tallents Solicitors in Southwell and agricultural law specialist, looks at Occupiers’ Liability following a recent landmark decision in the Court of Appeal.

Who is an occupier?

An occupier of the premises under the terms of the Acts is anyone occupying or having control of the land or premises. Applied factors, such as who is responsible for repairing known defects or who has the authority to invite or exclude persons entering the premises, are also taken into account when defining the occupier.

This means that the ‘occupier’ is the person(s) responsible for the repair and maintenance of the premises, be that the owner, or the landlord or tenant under the terms of the lease.

What is an Occupiers’ Liability?

The person who controls the land or premises, or occupies it, must show a duty of care towards anyone entering the land in relation to the dangers presented due to the state of the land or premises. In short, all care must be taken, as is reasonable, to ensure third parties will not suffer injury or damage. This might include erecting warning signs to alert anyone to possible danger or perceived risk. This is known as Occupiers’ Liability.

However, a recent Court of Appeal decision in favour of occupiers has relaxed this ruling with regards to obvious or remote risks. This case has potentially wide-ranging benefits for those organisations operating in public or private sectors.

Mr Edwards was pushing a bicycle over a small, humped bridge in a park occupied by the London Borough of Sutton. The bridge was old and ornamental with a low parapet side. Mr Edwards lost his balance and fell over the edge into the water below, suffering serious spinal cord injuries. There had been no previous accidents recorded on the bridge.

In the first instance, the trial judge found there was a breach of the Occupiers’ Liability Act 1957 as there was a foreseeable risk of injury due to the low parapet sides. Therefore, there was an obligation to warn visitors as to the risks of the low sides and advise them to take a different route through the park. Mr Edwards was also found to be contributorily negligent to the extent of 40%.

However, on appeal the Court noted that ornamental bridges are a common feature of many public parks and are crossed without difficulty. Whilst in theory it was possible for the low parapet walls to constitute a ‘danger’ this did not trigger an obligation to take further steps, such as warning signs or additional handrails.

The Court of Appeal also found that had a risk assessment been carried out, it would have made no difference as it would have simply stated the obvious. Neither would Mr Edwards have acted any differently had signage or other protection been in place.

For occupiers, the appeal decision reinforces that they only have to exercise reasonable care for the safety of visitors. They do not have a duty to prevent all accidents. Risk assessments should still be taken at regular intervals to ensure visitor safety.

However, we would caution occupiers to seek expert legal advice if they have any concerns as this case may only apply to the state of premises that have been in place for many years and not where a state of disrepair or temporary hazards may cause danger to visitors.

Leaving a legacy to a charity in your Will

It's Panto time again in Newark (oh yes it is!) 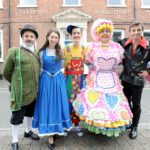