Own a drone? Here’s how to fly safely and legally

While we’ve been out and about this summer, we’re bound to have seen a drone or two, whizzing around, capturing memories of people’s days out in the sun,

But if you’re a drone owner, did you know that you might now be breaking the law while flying your drone and you could even be jailed for it? 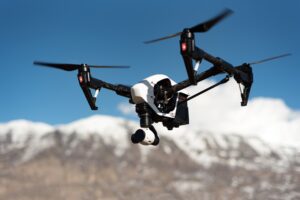 As of 30 July 2018, new laws came into effect in the UK which strictly regulate the use of drones.

The new laws are an update to the Air Navigation Order 2016 and are part of the government’s attempts to ensure that the rapidly growing drone industry will be carefully regulated and controlled to protect both the public and manned aircraft.

These new drone laws will apply to both recreational and commercial pilots of drones within the UK and they are quite restrictive, so we are urging all drone owners to review the legislation and ensure they are compliant to avoid fixed penalty notices or fines of up to £2,500.

Additionally, if your drone endangers the safety of an aircraft, then it will be classed as a criminal offence and this could earn you a prison sentence of up to five years.

How will the new Drone Regulations affect me?

As a recreational user of a drone, you must adhere to the CAA’s Dronecode and :

If you have a camera or recording device on your drone then you must also ensure that you keep a specified distance from people and property (150ft / 50m), and also crowds of more than 1,000 people and built up / urban areas (500ft / 150m). You must also not overfly these. Images obtained with a drone should not break UK privacy laws either.

As a commercial user of a drone, you must:

Drone users should be aware that they will be classed as a ‘commercial drone user’ if they upload images to a monetised YouTube channel, blog, social media account or website.

Additionally, from November 2019, owners of drones weighing more than 250g (half a pound) will also have to register with the CAA and take an online safety test showing they understand the UK’s safety, privacy and security regulations.

There is a new app called Drone Assist from NATS to help drone users fly their drone safely in UK airspace and this can be downloaded from the App Store or Google Play.

These new regulations might seem overly complicated for what many perceive to be a child’s toy, but with nearly 100 events recorded last year where drones had an incident with an aircraft, it’s vital that steps are taken to protect planes and helicopters.

We want everyone to continue having fun and to fly safe, so experts at Tallents Solicitors are here to help if you have any questions. Just call 01623 666700 to arrange an appointment to discuss your responsibilities as a drone pilot.

What the latest septic tank regulations mean for you