Commercial leases invariably involve large amounts of paperwork, complex clauses and detailed wording that may contain traps for the unwary.

All of this can be overwhelming for both tenants and landlords but Tom Gibbons, commercial solicitor at Tallents, explains why it really is important to pay attention to the details.

The rulings on two separate cases regarding commercial leases both hinged on their detailed wording. Tenants and landlords can both learn from the judges’ rulings and avoid similar mistakes in the future. 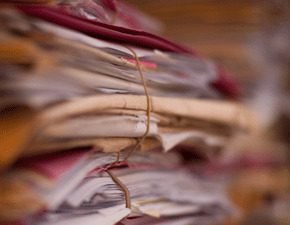 In one Supreme Court case involving Marks and Spencer, the tenant had exercised a valid break clause to release themselves from the lease early.

However, the tenant had also paid rent in advance, which extended for a period beyond the break date. The judge ruled that as the lease did not clearly state otherwise, the tenant was not entitled to a refund of the overpaid rent.

This particular case highlights the need to pay close attention to break clause wording in leases.

Tenants should be anxious to ensure that, where they have specifically bargained for the flexibility of a break clause, the wording of the lease does not prevent them from exercising their break right, and does not penalise them unreasonably if they do choose to do so.

Adding some additional wording to the break clause to provide for rent to be repayable in these circumstances would have sufficed to protect the tenant.

Check that the named landlord is the owner

The High Court considered the position in a case where a farm tenant had no right to possession of the land since the true owner was not named in the lease, and the company that was named as the landlord did not have the power to grant the lease as it was not the true owner.

In this unusual case, the true owner of the land was in fact the company director who had signed the lease document, but he was not named as such in the lease. As the wrong party (i.e. the company) was named as landlord, the tenant risked being left without the premises they had bargained for, potentially having to find new premises at short notice and losing out on all of the costs incurred in relocating to a new property.

Get your solicitor to check the detailed commercial lease wording

Always pay attention to the finer details in commercial leases

Parties who are in a hurry to conclude what they believe to be a straightforward transaction may be tempted to gloss over some of the finer details in order to progress matters as quickly as possible but, as these cases demonstrate, parties who choose to do so risk being left wishing they had paid more attention to the details.

Tallents’ commercial property department has experience in advising landlords and tenants regarding all aspects of commercial lease negotiations and the landlord and tenant relationship; call us on 01636 671881 to discuss your requirements.