Divorce and future financial claims – what you should know

In the news just recently there have been several high-profile divorce cases where the previously agreed financial settlements to the ex-wives have been increased, despite the couples actually divorcing several years earlier.

At the end of 2016, Glenn Briers was ordered to pay his ex-wife an additional settlement of £2.7 million, nearly 12 years after they had divorced and after he had already given her the family home worth £700,000, a £10,000 a year salary and child maintenance. At the time they divorced, Mr Briers had a company with an estimated turnover of £1 million, however this had subsequently grown to £30 million a year so the judge took this increased wealth into account when considering the ex-wife’s new financial claim.

Earlier in February 2017, the Court of Appeal ruled that Graham Mills must increase the monthly payments he was making to support his ex-wife from £1,100 per month to £1,441 per month and the ruling also stated that these payments must continue for the remainder of her life. This is despite their divorce being finalised in 2002 and in addition to the cash lump sum he paid her back then of £230,000. 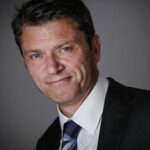 The common factor in both of these divorce cases is that although the marriages had been dissolved many years ago, neither of the divorces included a ‘clean break’ financial settlement. As such, both ex-wives were able to petition the courts for revised financial claims based on the increased wealth their ex-husbands had accrued since their divorces.

Agreeing and finalising financial settlements can be one of the most contentious areas of a divorce. Couples often think that securing the actual divorce is a priority, leaving the financial situation to be sorted out at later date, but as there is no time-limit for future financial claims, these two cases highlight the importance of getting everything sorted clearly, legally and as quickly as possible.

Even if your divorce isn’t confrontational at this point, it really doesn’t make financial sense to rely on the goodwill of your ex-spouse when making a financial settlement.

In Mr Briers’ case, he claimed that there was a verbal clean break agreement with his ex-wife at the time of the divorce but as it wasn’t mentioned or included in a court order, it wasn’t up held during the ex-wife’s new financial claim. Mr Briers is currently appealing against the £2.7 million settlement so we are awaiting the final results of their case.

If you are considering divorce, then we would recommend that you seek early legal advice and support from an experienced divorce solicitor.

At Tallents we work closely with our divorcing couples to ensure that their financial interests are protected. We are also here to offer experienced legal advice to anyone who feels that they may be liable for, or might be able to make a claim for an increased financial settlement in the future.

Get off my land! What you need to know about rights of way on agricultural purchases