All Tallents Articles Buying a home 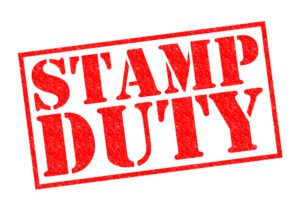 Alistair Millar, conveyancing lawyer at Tallents Solicitors in Southwell, looks at the changes to Stamp Duty announced in November 2015 and how these will affect the property market.

George Osborne’s Autumn Statement threw out a surprise for people looking to buy to let – anyone buying second homes or buy-to-lets will be hit with a higher rate of Stamp Duty from April 2016.

The plan is seen to be an attempt to ease the housing shortage.

However, it has raised a large number of questions from both people looking to invest (and possibly already in the process of buying a second property) as well as people hoping to help their children up onto the property ladder.

So…what are the Stamp Duty changes due to hit the property market in April 2016?

Any person buying additional residential property, including second homes and buy-to-lets, will have to pay an extra 3% in Stamp Duty Land Tax.

The extra 3% applies over and above the current Stamp Duty rates.

The Government is expected to consult in the next few months on how the changes will work in practice and how they will police it, which is currently a concern for many in the property industry.

Will I have to pay the extra Stamp Duty?

There are people who have already exchanged contracts but will not be completing until after April 2016 (such as on new-build flats).

The situation currently is that if you have exchanged contracts before 25 November 2015, then the higher rate of Stamp Duty tax will not apply.

However, the Treasury has made it clear that buyers who exchange contracts after the date of the Autumn Statement but don’t complete until after April 1 2016, should have known of the tax rise at the point of exchange and had the option not to exchange contracts.

They will be expected to pay the higher stamp duty rates.

I’m a parent helping my child buy a house – how does the increased Stamp Duty affect me?

Parents will always want to help children where they can.

In the past, parents have often been asked to act as guarantors on mortgages for their offspring. As a result, they would be peripheral to the transaction and have no ownership of the property.

However, these days fewer and fewer banks and lenders have guarantor mortgage products, so many parents now have to take out a joint mortgage with their child to provide the income levels that the lenders require.

Invariably, the commercial lenders will require the parents to be named as joint owners on the title deeds.

The Treasury has said that, where a parent owns their own house already, they would expect that the increased Stamp Duty rates will apply from April 2016.

However, they have been at pains to stress that there will be ongoing consultation so…watch this space!

There is a modicum of good news in all of this. Current taxation rules would allow investors to offset the extra stamp duty, along with other purchase costs, against their capital gains on the property in the future.

Although the Stamp Duty has to paid to HMRC up front, a fair amount of it can be claimed back on any future sale.

However, one should always note that the Treasury could (and are even likely to) change the rules a number of times before you eventually sell that costly property investment.

Alistair Millar is an experienced conveyancing lawyer and Partner at Tallents Solicitors in Southwell.

Pre-nuptial agreements – are they worth the paper they are written on?

Tallents Business Review of the Year 2015