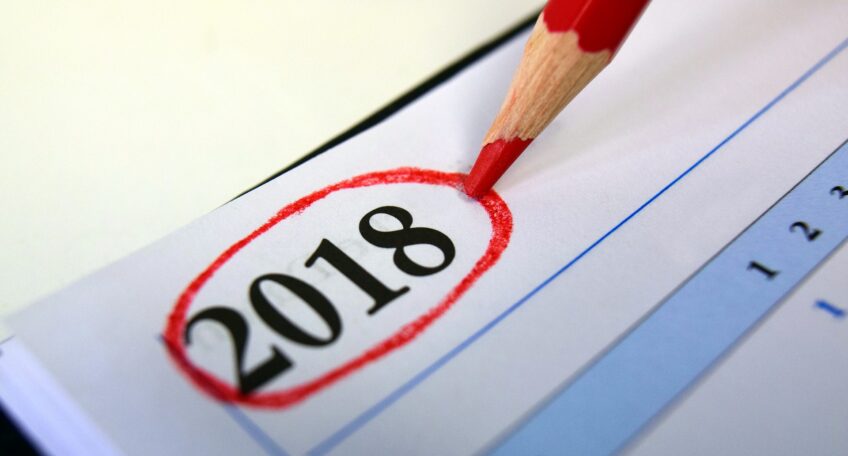 Since another year seems to have gone by in a flash, we thought it might be helpful to take a look back on key legal events throughout 2018.

Elizabeth Rees from the Private Client team at Tallents advised how to protect your estate. She said: “If you are concerned about the prospect of a claim being made against your Will, then you can make a Statement of Explanation, setting out the reasons (without bitterness) for making limited or no provision for the potential claimant. If your Will is subsequently disputed, then it may provide valuable evidence of your intentions and the reasons for your decision.”

Do know if you have Riparian Rights? This little known legal responsibility over watercourses promoted an interesting article from agricultural lawyer, Alistair Millar. He said: “Land which has a watercourse flowing across it or abuts a national watercourse automatically confers ‘riparian rights’ on the landowner.” He advised potential landowners and tenants to speak to a specialist agricultural lawyer to fully understand the responsibilities they might be taking on.

An area of commercial law which often causes confusion amongst landlords and tenants alike is the granting of leases verses licenses. Commercial solicitor, Mandy Kaur said: “Both are a common way of allowing a third-party to occupy a property. A Lease grants exclusive possession to the Tenant, where as a Licence grants permission to use the property for an agreed purpose, so it’s important to choose the right one for your situation to reflect your true intentions regarding the occupation of the property.”

Tallents Solicitors were named as the 4thhighest fundraiser in the UK for Will Aid when the raised and impressive £10,410 for the charity. Elizabeth Rees said: “Our team thorough enjoyed participating in Will Aid and their total raised to date for the charity is an impressive £23,889.”

Tallents Solicitors was delighted to announce that Stephanie Whitchurch was appointed as a Partner to the Dispute Resolution Team. An experienced solicitor and Senior Litigator, Stephanie has been with the firm since 2012. She said: “Having been with Tallents for six years now, this appointment as Partner is a wonderful opportunity to expand the Dispute Resolution department’s offering even further. There is clearly a gap in the market for a first-class legal team to step in and deliver a dedicated individual and commercial dispute resolution service to clients and commercial businesses in the region.”

Traditionally a time for weddings, June also saw Family lawyer Helen Shaw raising the topic of Cohabitiation Agreements for couples who were living together. She said: “You might think that as you’ve been living in the same house for a number of years that you have the same rights as a married couple if you split up. The phrase ‘common-law’ spouse is one that I regularly hear but English law does not recognise this status.” Any unmarried couples wishing to protect their joint assess were urged to speak to Helen in confidence.

The free family law clinic held at Southwell celebrated its fifth anniversary in July. Held every Tuesday evening at the Southwell office on Westgate, this highly successful clinic has helped a great number of local people by offering free 30-minute consultations without the need for an appointment.

Mat Derbyshire commented on the new UK drone laws, which came into effect on 30th July 2018 and strictly regulated the use of drones. He said: “With over 100 events recorded last year where drones had an incident with an aircraft, it’s important for users to understand their responsibilities to avoid substantial fines.”

Not to be sniffed at, the latest septic tank regulations might have a pungent effect on anyone with a septic tank on their property or thinking of selling or buying a property with one. Alistair Millar commented: “Aptly named, ‘the General Binding Rules’, these rules require confirmation that any septic system which discharges into a watercourse is fully compliant by January 2020.”

The number of people who don’t have a Will in the UK is now at its highest level, according to research by Unbiased.co.uk. They estimate that as many as 31m people, or more than half of the adults in the UK have yet to write a Will. For Sarah Allen, Head of Wills, Trusts and Probate at Tallents Solicitors, these figures are very worrying. She says: “I genuinely do not understand why people seem to be so reluctant to make a Will. It’s a simple piece of paper that sets out your wishes regarding the distribution of your estate in the event of your death.”

Tallents Solicitors participated in Will Aid again this month, with the allocated appointments being snapped up in just three weeks. Sarah said: “By taking part in Will Aid, we also took away another of the excuses that people make: it’s too expensive to make a Will. We’re delighted that every appointment we had available was booked up.”

Family lawyer, Andy Stout added his voice to those of other legal professionals campaigning for a change in the law to reduce the emotional fallout from divorce on children after figures released revealed the impact of conflict between separating parents. As part of Good Divorce Week, Andy offered practical help for separating parents, highlighting the ways they can put their children’s needs first when divorcing.

As the end of 2018 draws near, Senior Partner, Jeremy Blatherwick said: “This has been another successful year for Tallents Solicitors; no doubt 2019 will be equally as busy for our teams across all three offices. I wonder what Phillip Tallents would think of the successful law firm we have become since he opened the doors in 1774? In 2019, we are looking forward to celebrating 245 years of legal service to more than nine generations of Nottinghamshire people and we would also like to take this opportunity to thank you all for your continuing support.” 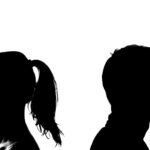 Who should you trust to write your Will? 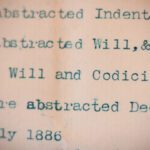