The Newark and Mansfield offices of Tallents Solicitors are aiming high this year in an attempt to beat their previous fundraising efforts for the charity Will Aid.

Tallents Solicitors in Nottinghamshire signed up to the annual Will Aid scheme last year and its lawyers wrote wills for local people in exchange for a donation. 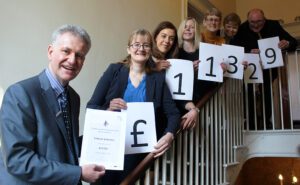 Tallents Solicitors hope to beat their fundraising efforts for Will Aid in 2017.

As a result of their efforts, Tallents Solicitors raised a staggering £11,329 for Will Aid in 2016, making them the top fundraiser in the Midlands and 6th overall across the UK.

We were thrilled to have raised such a lot of money for such a worthwhile cause.

Taking part in Will Aid has enabled us to give back to both our community and nine great charities.

This year we want to try and beat that fundraising effort! 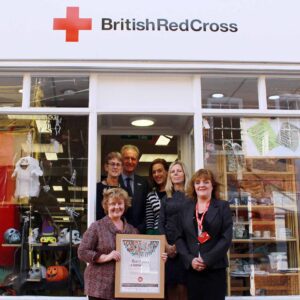 John Coulthurst, Community Legacy Manager and Jayne Owens, Head of Fundraising from the British Red Cross, one of nine charities who benefited from Will Aid, paid the firm a visit to help them launch their 2017 campaign, along with Janet Esam, Branch Manager of the Newark British Red Cross shop.

We were so very grateful to Tallents Solicitors and the Will Aid scheme for their generous contribution last year.

The Red Cross uses donations to reach people in crisis, both here in the UK and all around the world. This year, with the help of legal firms like Tallents Solicitors, we’ll be able to help even more people at home and across the world.

Anyone who wants to make a will can find out more by visiting www.willaid.org.uk. Will Aid is running again in November 2017 and Tallents Solicitors are booking appointments at their Newark and Mansfield offices now.

Why every parent should have a Will